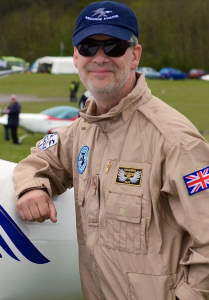 Matthew is an instinctive photojournalist and news breaker gifted with a reporter’s nose for a good story, with over 25 years of experience in the media industry. He is a fearless interviewer who does not duck asking awkward questions and is always ready with a follow-up. A highly respected aerial filmmaker and aircraft pilot, he is passionate about human rights, mental health, autism awareness, politics, and law; his work as a journalist has made a valuable contribution to many publications and causes throughout the UK. Skilled in picture editing, ENG and streaming live from breaking stories, Matthew takes a particular interest in encouraging transparency in local and regional government with a successful career posing challenging and penetrating questions to local and national politicians. Appointed Acting General Secretary in 2016 and elected General Secretary of the BAJ in April 2018. 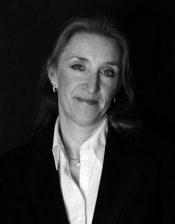 Annette qualified as a solicitor in 1989 and was in private practice until 1994. She has been the BAJ solictor since 1995 and more recently has developed her expertise in employment law.  She has helped many BAJ members over the years in claims for compensation for passing off, infringement of copyright in photographs, books, and articles.  In employment law, Annette assists BAJ members faced with discrimination, redundancy, and unfair treatment, with the support of the employment law barristers at Outer Temple Chambers in London.

Jon was one of the first group of members of the BAJ. He has had a varied career in Catering and Politics interspaced with periods as National Press Officer, freelance work, and editor of a staff magazine for the DWP. Jon is a regional manager for Musicians Against Homelessness, fronted by Alan McGee from Creation Records. MAH organises concerts and festivals around the UK to help raise funds and awareness for the National Homeless charity Crisis. Jon also runs the Blackpool Music Festival, a four-day free festival featuring over 200 bands across 25 venues on the Fylde Coast. Jon was awarded the MBE in recognition of his outstanding work with the homeless.

Peter Kelly – NEC (Communications)
Peter has been with the BAJ since 2011 and has written for the Irish Post, Irish World, Australian Times, Ulster Herald and Newshound.com among others.  Principally covering current affairs and political exclusives, he has reported from the 2016 elections in Washington, where he also directs communications for a diplomacy institute.  Peter has co-authored two academic publications on the media’s role in conflict resolution and securing justice for victims of terrorism.  He is an Advisory Board Member for the 9/11 Survivors Association in New York on press strategy and has spoken at several international conferences, universities, and global media. 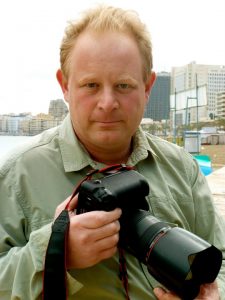 Ian Vogler – NEC (FOC-MGN)
Having started his photographic carer on local newspapers, including the Ham and High, Ian learnt most of the trade at the National News Agency in London. After freelancing for several years, he became staff on the Daily Mirror in 2001. Over the years, Ian has covered General Elections, Royal weddings, Royal tours, FA Cup finals and bingo winners! Having been a union member all his working life, Ian says, “I’m proud to be on the BAJ NEC to help give something back”.