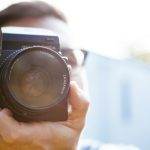 I had been a photographer on contract at a national newspaper for over 15 years when my contract was terminated with one month’s notice. The BAJ was superb with advice and support about my rights and position from the start. After advice from their employment barrister, we formed a case for unfair dismissal and loss of earnings and took it to the employment tribunal court. With Annette from the BAJ guiding me through the process as well as continual advice from the barrister, I was able to prepare all the evidence needed to back up my claim. We presented our case, and with some negotiation, Annette was able to agree on a settlement without going to the tribunal court.

I would highly recommend membership of the BAJ as a professional and efficient organisation. They will go into battle on your behalf against the multi-million-pound organisations who are only interested in the cheapest way of reducing their headcount.

I had a long-running payment dispute with a global radio station, who were determined not to pay for work commissioned, despite my best efforts to resolve the matter. A call to the BAJ, and within days Matthew had issued proceedings through the courts and followed up with enforcement using the BAJ’s High Court Enforcement service. Suffice to say, payment soon followed together with interest payments and costs in my favour. It’s a no brainer, JOIN THE BAJ. 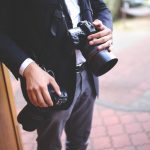 I recently had the urgent need to seek professional legal advice from the BAJ legal team. I am delighted to say that the BAJ Solicitor offered me dedicated professional advice and was pivotal in securing an amicable outcome in my dealings. That guidance, provided by BAJ was tremendous in every regard. The BAJ membership fee offers enormous value for money, and I am proud to be a member. 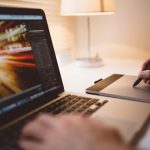 Recently, my name, image and one of my books were used, without my permission, as a ‘premium’ to promote the sales of a product with which I had had no previous dealings. I contacted the company myself, and they said they would stop. Naively, I believed them. However, the adverts and mailings continued, and several angry customers approached me as a result. Next, my agent sent several letters and was given the run-around. In desperation, I turned to the British Association of Journalists for help. I was put in touch with their wonderful solicitor, Annette Raitz, who sent a robust letter on my behalf, to the company involved. She explained why their actions were unlawful, why I was due significant compensation and the basis on which this would be calculated. The company mounted a legal defence, which was quickly dismantled by the BAJ. Within a few weeks, I had received an undertaking that my name would not be abused again, along with an acceptable payment as compensation for the damage already done. I cannot thank the BAJ enough. As a freelance writer, working in isolation, it’s good to know that a strong team is on hand to offer advice, support and legal clout on your behalf when it’s needed.

Being made redundant from my role as a sub-editor on a national newspaper came as a shock, even though I had seen many of my colleagues lose their jobs in the months before me. At first, I thought I could deal with the situation myself but it quickly became clear that I needed someone on my side with expert legal advice to spell out my rights. From the first phone call, the BAJ listened to what I wanted and gave me all the support I needed to challenge the redundancy process. They were extremely thorough and their excellent solicitor, Annette Raitz, was always at the end of a phone call or email to answer any queries I had (and there were many!). With the help of the BAJ’s barristers, we were able to negotiate a better redundancy deal.
I cannot recommend membership of the BAJ highly enough.

I contacted BAJ after a seeing one of my pictures of a car stuck in flood water of which a family had been rescued from, taken by a UAV (drone), was stolen and used on a county council Twitter feed with no agreement/licence in place. I did try to negotiate with them; they totally undervalued my training and expense that went into becoming a UAV pilot to fly in UK airspace, to get this very unusual picture. It was a challenging flight due to the car being under some trees and some distance from dry land. The county council concerned tried many tactics to avoid paying the fee. The BAJ got me the result I wanted, a £500.00 fee for the unauthorised picture used on the council’s Twitter feed. The council didn’t give up easily, though, it took some BAJ legal persuasion to get it paid. 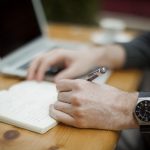 I cannot rate the BAJ highly enough for all the help and assistance they gave to me when I was made redundant from a national magazine after eight years. Having been told flat out by my employers that my redundancy payout was non-negotiable, their fantastic solicitor later accompanied me to my consultation meetings and backed my argument for a better deal.

I firmly believe that it was down to BAJ support that they agreed to pay me what I wanted – and what I felt I deserved. I have now gone freelance and there is no doubt that I will continue with my BAJ membership throughout the next step in my journalism career. 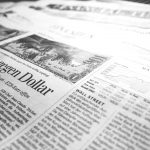 Matthew and the BAJ leapt to my rescue when I faced disability discrimination from my employer. Annette, the union solicitor, was kind, supportive and thorough the whole way through and we finally settled out of court at mediation. None of this would have been possible without the BAJ and I will be forever thankful.

After nearly 16 years working for a national newspaper, one day, completely out of the blue, I was told that due to budget cuts, my job no longer existed. Advised to go on gardening leave with immediate effect, I suddenly found myself heading home with a plastic bag full of personal belongings. The following morning I was still in a state of shock and called BAJ for advice. Solicitor Annette Raitz was soon guiding me through the consultation period and redundancy process – I would not have had a clue what to do without her. In conjunction with a barrister specialising in employment law, Annette negotiated with the company on my behalf, culminating in an improved settlement agreement. I cannot stress how invaluable her support was during an extremely difficult time, and have since recommended BAJ to anyone I know working in this increasingly precarious industry.

The magazine I was editing was a huge success with readers, winning widespread acclaim in its field. So it was a shock to be told one morning that my services were no longer required due to cost-cutting measures, and that I should go home immediately. The chief executive even claimed he was not obliged to pay me a penny from that day on. Fortunately, I had joined the BAJ some years before and had sought advice from Annette Raitz about the wording of my contract. She was excellent in dealing with the chief executive and secured me a sum that was more than double what the chief executive had proposed as a ‘goodwill’ payment. She also took a huge amount of the stress out of dealing with the chief executive during the process, since I didn’t need to make the decisions about how much to spend on fighting my case and whether each step was worth it. Perhaps most importantly, though, I have always felt comfortable working in an occupation as perilous as print media is these days, as I have always felt I have the BAJ behind me.

I would like to put on record the wonderful assistance the BAJ gave me during a difficult period while working exclusively for a national title as a freelance for over a period of 14 years.

I received a monthly remittance, holiday and sick pay and also submitted my expenses on an official form. Yet when I volunteered for redundancy in the wake of the Reach take-over, I was told I wasn’t entitled, and I was considered a ‘linage’ contributor.

Enter the BAJ. They fought my corner over a long and often frustrating period and eventually I was considered ‘staff’ and justice was done.

A redundancy package was offered and accepted.

The BAJ proved marvellous wingmen, never flinching in their pursuit of my rights, and no doubt, of others caught in a similar situation.

A union to be proud of.

One day, after 10 years working for a national newspaper, I was ambushed via a video call and told that due to budget cuts my contract was not being renewed. This was after I had spent the previous two months training up a new writer for the team and being recently told that the project I was working on was successful and profitable. I was totally shocked and confused. That afternoon I joined the BAJ in the hope I would be able to take legal advice. The following morning I called the BAJ and was warmly received with the news that my membership card was in the post and, yes, I could speak to solicitor Annette Raitz that day. Amazing Annette explained my rights and also arranged for me to take advice from a barrister specialising in employment law. Having been told by my employer that two out of my 10 years would not be reflected in my exit payment for technical reasons, that my exit payment was non-negotiable, and that I was expected to work my notice period, Annette negotiated and secured gardening leave and an enhanced settlement. I will always be grateful for Annette’s phenomenal support – it made the whole experience so much less scary and overwhelming.

The BAJ has your back! Join!